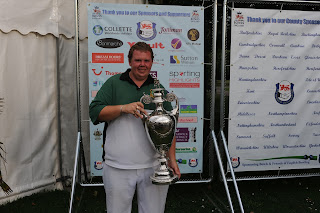 Worcestershire based Andrew, from Broadway BC, defeated England International John Rednall from Felixstowe and Suffolk BC, Suffolk, in the final at Beach House Park, Worthing, to claim the coveted Jolliman Cup and in doing so avenge his previous defeat to the same player in the final of the National Champion of Champions in 2009.

We're proud our years of sponsoring this fantastic event has ended on such a high and wish Bowls England the best of luck in their new Royal Leamington Spa HQ.
Posted by Jolliman News at 11:37